What is an Anti-Inflammatory Diet? 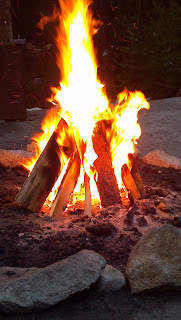 Inflammation following an injury is a pretty straight forward and understandable response of the body to defend and repair itself, as described in a prior post.  Rest, perhaps application of ice and a little time are usually enough for the inflammation to subside and for healing to take place.
But what about long-term, low levels of inflammation that simmer, sub-clinically (without obvious symptoms)? This type of inflammation is now thought to underlie or promote many illnesses and conditions including arthritis, Alzheimer’s Disease, cardiovascular disease and many types of cancer.  Rather than taking drugs to fight inflammation, a better choice is diet, specifically an anti-inflammatory diet, which can keep excess inflammation in check.
What exactly is an anti-inflammatory diet?
A number of foods can promote inflammation in different ways.  Simply overeating or drinking more than two alcoholic beverages can promote inflammation.  Foods that raise blood sugar or insulin levels to excess can promote inflammation.  As I have previously mentioned, an imbalance of omega-6 to omega-3 fatty acids in the diet is an almost sure way to push the body into a pro-inflammatory state. Some omega-6 fatty acids are converted into pro-inflammatory chemicals called prostaglandins which cause the pain of many inflammatory conditions. Interestingly, drugs like Aleeve and Advil block the conversion of prostaglandins.  So, instead of taking medication, you might consider avoiding excess omega-6 fatty acids and lower the excess production of pro-inflammatory prostaglandins and the expression of pain.
But before you can reduce how much omega-6 you eat, you first need to know where to look for them.  Omega-6 fatty acids are found in abundance in corn, safflower, sunflower, cottonseed, and soybean oils and in most nuts and seeds.  They are also found in the meat of animals that are fed these foods (be it chicken, turkey, beef, pork or fish).
Grains, especially wheat but essentially all flour products, can promote inflammation.  They do this partly because of their poor ratio of omega-6 to omega-3 ration but also due to other factors such as their tendency to raise blood sugar levels and the presence of a category of proteins, called lectins, that may interfere with the body’s ability to regulate hunger; lectins may make you feel hungry when you really aren’t in need of any more food.  To make matters worse, some lectins cause direct inflammation of the digestive tract. Lectins are not only found in grains but also peas (including peanuts) and beans.
To maximize omega-3 fatty acids, eat wild-caught fish, omega-3 fed chicken and eggs, grass-fed meat, wild game and lean meats. Vegetables and fruit should be consumed in abundance – at least five to nine servings per day, mostly vegetables.  The naturally occurring anti-oxidants in fresh fruit and vegetables help combat inflammation.  If you need to snack, a small handful of nuts can be eaten.  Macadamia have the best omega -6 to omega-3 ratio.  Alternately, flaxseeds, chia and hemp seeds have excellent omega-6:omega-3 ratios.  For salads, olive oil is the best choice.  When you must fry foods, olive, coconut or even a little butter or pork fat will work.
Putting this altogether, an anti-inflammatory diet focuses on fish (wild-caught if possible), omega-3 fed chicken, lean meats (or preferably grass-fed meat and wild game) multiple servings of vegetables and fruit with a some nuts and seeds.
Are there other dietary and lifestyle factors to consider to reduce inflammation? Most certainly but I will consider those at another time.
Several excellent articles discuss anti-inflammatory eating; free versions, such as the references that follow, are available via PubMed.gov.
Franco OH, et al. The Polymeal: a more natural, safer, and probably tastier (than the Polypill) strategy to reduce cardiovascular disease by more than 75%. Brit Med J, 2004;329:1447-50.
O'Keefe JH, Cordain L. Becoming a 21st-century hunter gatherer. Mayo Clin Proc, 2004;79:101-108.
Cordain L, et al. Origins and evolution of the Western diet: health implications for the 21st century. Am J Clin Nutr, 2005;81(2):341-54.
O'Keefe JH, Gheewala NM, O'Keefe JO. Dietary strategies for improving post-prandial glucose, lipids, inflammation, and cardiovascular health. J Am Coll Cardiol, 2008;51(3):249-55
Posted by Robb Russell, D.C. at 9:57 PM